There’s a regular challenge on the Whitechapel forum called Remake/Remodel. It’s a game that allows artists to show what they can do by updating or reinventing fictional characters from the past. Last week the subject was Six-Gun Gorilla, described by forum overseer Si Spurrier as ‘an armed-and-dangerous silverback knocking about on a lawless frontier, out for revenge’.

I started with a bit of doodling, waiting for inspiration to strike (click the image below for a larger version). 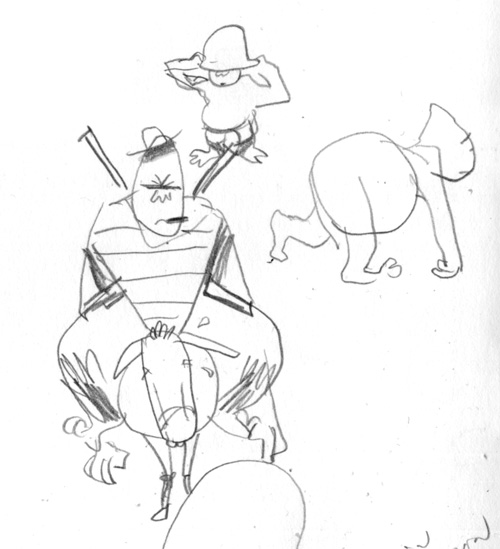 In the original Wild West stories (in Wizard in the 1930s), Six-Gun Gorilla was raised by a prospector, who named him ‘O’Neil’. This got me thinking of the great British comic artist Kevin O’Neill, who drew a robotic gorilla in 1986 graphic novel Metalzoic. 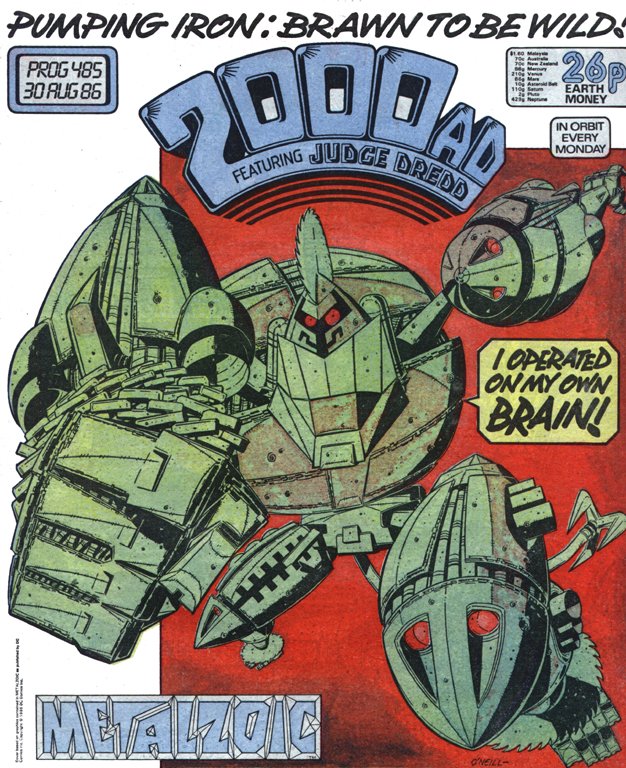 Metalzoic was serialised in 2000AD, which years earlier ran the classic series (some episodes drawn by O’Neill) Ro-Busters. One of my favourite Ro-Busters stories involved a cityscape dwarfed by huge demolition robots, including King Konka, a giant mechanical gorilla. 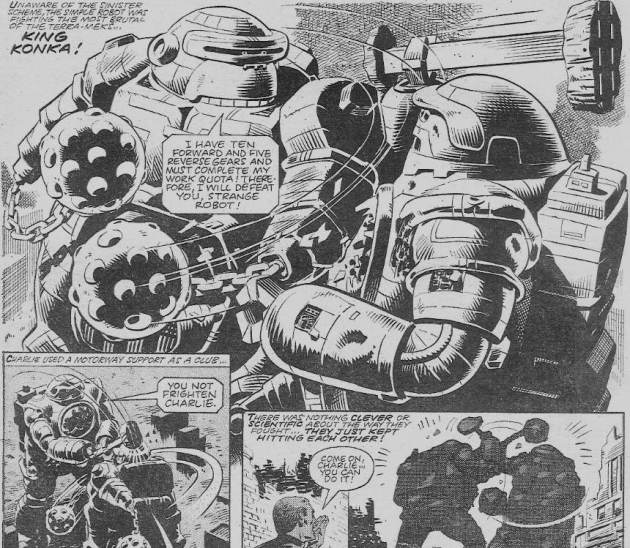 It was fairly clear where my updating of Six-Gun Gorilla was heading. In my version baby O’Neill would be raised by an inventor of giant robots. While still a juvenile he would learn to pilot a mechanical leviathan, maybe taking it for a spin past that gorilla landmark the Empire State Building.

With my rough sorted out, I got together some reference images, then promptly gave up on it. There seemed to be no way I could get this drawn up the way I wanted it to look before the challenge deadline.
But a few days later I decided I’d rather lose sleep than waste the thought that had gone into it so far and stayed up until 4AM on the last night drawing the various elements in brushpen on layout paper.

Then it was just a case of combining the drawings and adding a bit of tone for clarity. 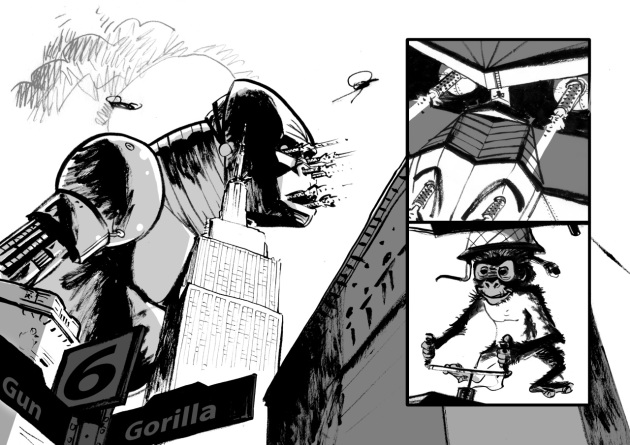 You can see some of the other entries here.