Dangeritis is a brilliant collaboration between illustrators, Warwick Johnson Cadwell and Robert Ball. It’s a comic, published online in real time as each new page is completed. The story of indomitable action hair-o Derek Danger is unfolding beautifully on the Dangeritis tumblr.

I was already a big fan of messrs Johnson Cadwell and Ball before they joined forces, but this is a gorgeous, hilarious, kinetic treat. Warwick has blogged about the project here.

With the most recent page still fresh in my memory, I was stunned to find this mysterious image in a dusty old volume of medieval engravings. 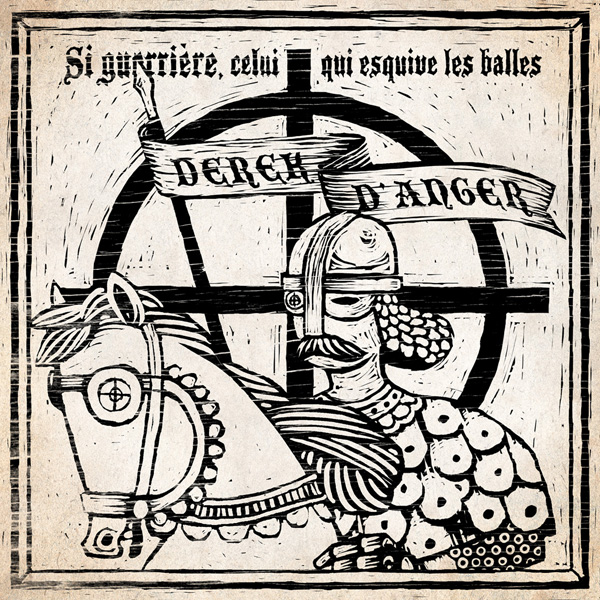 “Derek d’Anger” could, at a stretch, be a coincidence, but that text at the top? “Si guerrière, celui qui esquive les balles” translates roughly as “So warlike, he who dodges bullets”. WARLIKE Johnson-Cadwell? Robert BALLe? I felt my sanity crumbling at the enormity of what this implied and ran screaming from the library.